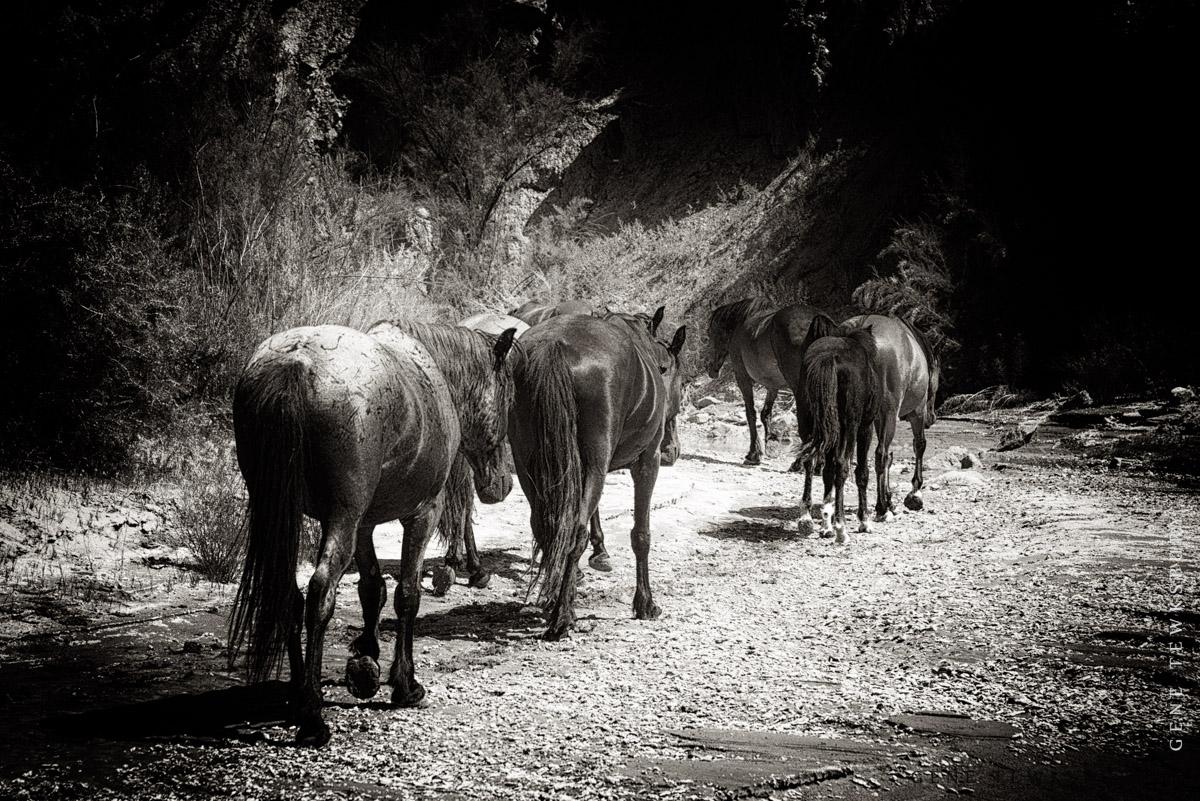 This week I started scouting the Little Book Cliff Wild Horse area in Western Colorado.  It’s going to take a while to get the locations prepared for my clients, but when I’m done later this summer I will be adding Wild Horse Photography Tours to my tour options (www.BigSunPhotoTours.com).

For my first location I hiked up the Coal Canyon main trail which is easily accessed from the Cameo Exit off I-70.  It’s about a five mile hike on narrow sand trails which follow a nearly dry river bed through the canyon.  The first couple hours offered me only regular encounters with a variety of small lizards and rabbits; however, Toward the end of the trail I came across a small herd of about 10 horses. They seem pretty used to people.  While a bit skiddish they allowed me close enough for some decent photos using a 28-300 lens.  The biggest issue I had was fighting the mid-day lighting which was doing nothing to help the photos.

On the return to the car I was able to view another small herd high up on the cliff sides.  I shot some photos but due to the distance they were not much to show off, but did include a newborn fowl that was cool to see.  According to a couple of BLM workers who were watching the herd as well, we were the very first people to see the new addition.

Once I’ve completed my surveys of the Little Book Cliff territory I will move on to the Sand Wash Basin herds in Northern Colorado. 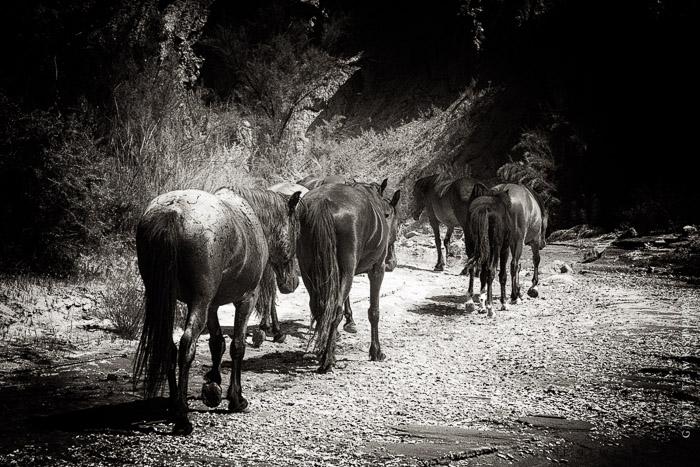 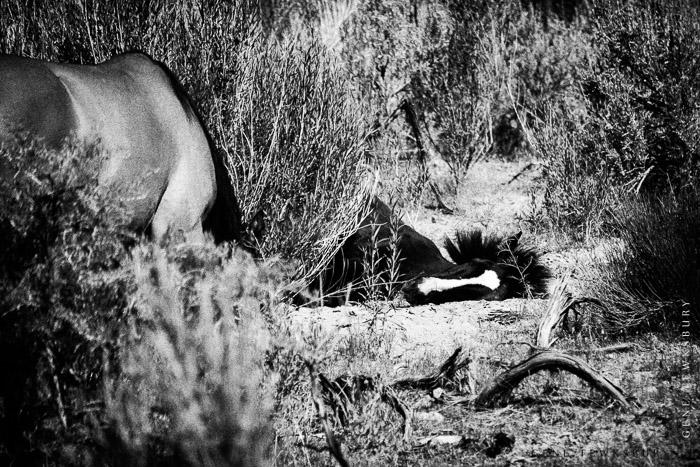 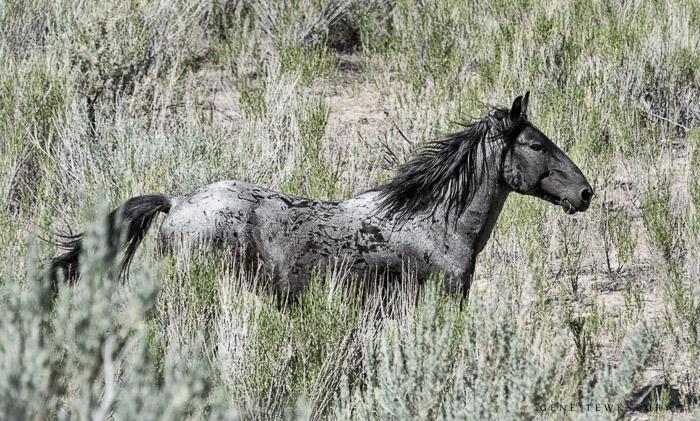 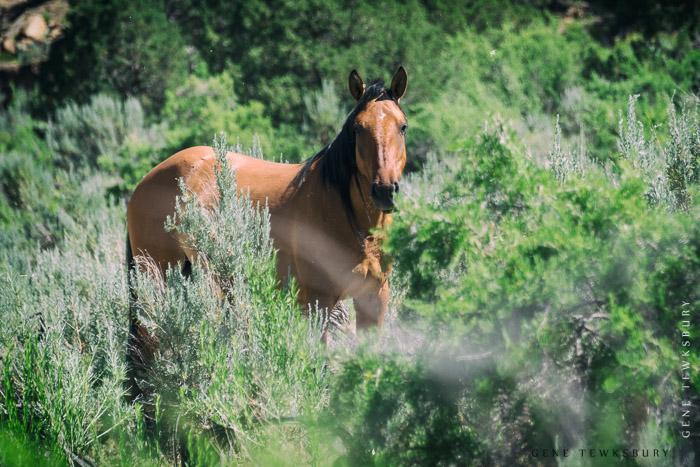