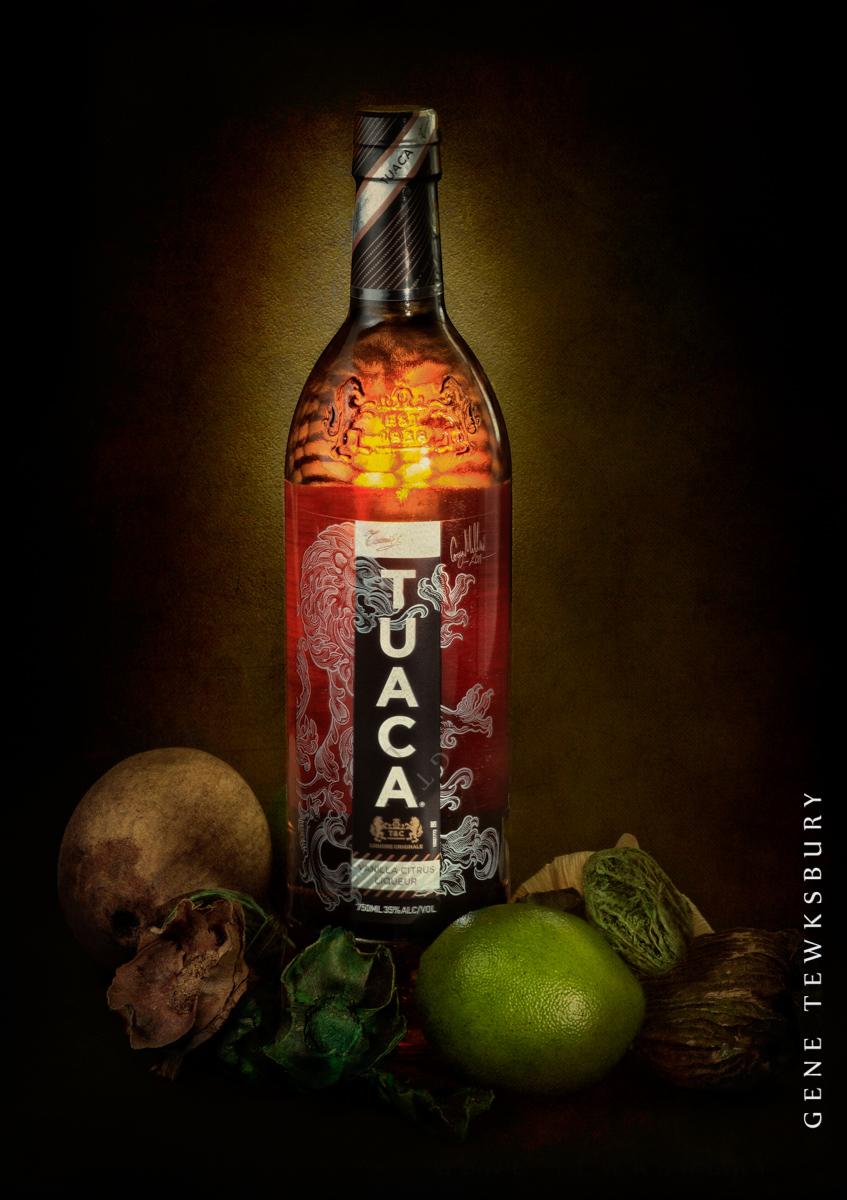 Light Painting is not just someone running around the back yard with a flashlight creating lines and circles in the air (much the same way you would with sparklers on the 4th of July).

Capturing the light trails of a flashlight (while fun) gets pretty boring pretty quickly from an artistic standpoint.  Now, turn the flightlight away from the camera and toward your subjects in the darkness,,,, suddenly you have the ability to “paint” light onto a subject with amazing control and creativity.  Just like a real painter you can adjust the flow (flashlight intensity), bleed (flashlight spread), paint (light color), texture (light direction).

I recommend to start that you just set up a still life in a room.  This Tuaca example was taken in my bedroom with nothing more than a $5 (buy it at the checkout counter) flashlight.

Exposure 30 seconds and f/32 (the very high f-stop was required to create the  long exposure since my room just couldn’t get dark enough in the middle of the day).  ISO 100.

After several attempts it became clear that I was not going to paint it perfect in a single exposure.  Sometimes you get one part just right, but another part of the composition too dark/light, etc.   So to resolve the problem, I simply concentrated my efforts on a single part of the scene (bottle, then lime, then potpori, then backlight).  In this way I could use a lower light level and spend more time “brushing layers” of light to get it just right.  Then it’s a simple matter of blending the various exposures together in Photoshop.  (I’ll cover that topic in a future post).

The bottle’s glow was created simply by shining the flashlight backward toward the camera, but through the bottle.

The background glow was created by shining the light downward onto the curved cardboard I used for a backdrop.

So go grab yourself some stuff from the back of your closet and get painting.  It’s a lot of fun.